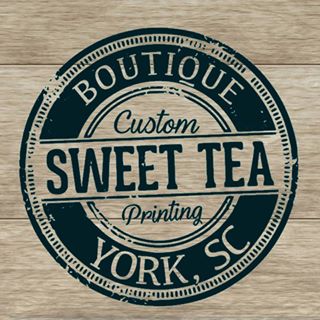 PH: I want to hear about your daughter’s business…..

AJ: It’s called Wick-Kids. She started it last May, but she wasn’t ready to sell until June because she had to find different suppliers. Believe it or not, wax smells. It stinks. Bad. We had to find commercial grade wax, because it doesn’t stink. But if you just go buy wax at a craft store, it smells terrible. She’s got her ten face flavors – scents – that people always want, and then we try to throw in a few seasonal ones each season.

JC: Coffee Shop and Toasted Marshmallow are probably her two biggest sellers, and they smell amazin’. And pecan pie.

PH: And she’s seven? (Seven years old, people. She started a year ago. Kids rock it, don’t they?)

AJ: MmHmm. She’ll be eight in two weeks. She bought a golf cart. That was her goal.

PH: She was able to buy a golf cart off of candles??

JC: She sells them too, when she’s here. She walks out here, and she talks to the customers, and she tells them how she got started. They will buy those candles!

AJ: She just bought herself a commercial wax melter so she can do more at a time. Before it would take us all day. Now we can do a lot more. Last time we did 60 candles and it only took a couple of hours, so she’s stepping up her game.

JC: If only we could get Skylar’s chickens to lay eggs that fast….

AJ: Weslee, and they are called Wick-Kids. Yes, she’s a big time hit around here. …. It all started camping, we camp, and everybody has a golf cart camping and she just had a bike. So one morning, we got up, and she had made some candles, and said she was going to take them to the campground. We keep a little jar of money, and she takes a dollar out of it and goes to the camp store to buy a chocolate milk. So she came back, and she had $60 in the jar. She sold everything. The next time, she took more, and every time she’d sell out and here we are a year later..

PH: How long have you guys had the store? I know the store has been here, but you guys recently took it over?

JC: We’re the third and last owners. We opened on November 1st. This whole process took place within a week and a half? Someone saw it on Facebook and tagged me, and someone had tagged Amber as well. I messaged her, and so we got to talking. We each had separate businesses at home doing similar things, and we were business friends already. We decided during this phone conversation that this (Sweet Tea) would be a huge business venture for one person to take on by themselves.

AJ: She just up and said, would you be my partner? And that’s all that happened. Four days later we’re sitting at a closing table.

JC: We knew that someone would get it quickly and that we didn’t think it could go past a third owner.

AJ: We felt it needed a change, somebody needed to grab hold of it and make it something that it hadn’t been yet.

JC: Our husbands hadn’t even met before. …. It’s better that we weren’t friends before. We’re family now, but we weren’t when we did this.

AJ: Our relationship is founded on business, and we had a huge respect for each other from the beginning. We both bring certain skills to the table. We just did it. Now, of course, we love each other’s children and we’re like family. But we started with business.

AJ: And it was dead in the middle of a huge school order for me, and I was like, I’m not playing around. We’ve got to go! But it was good because we got a really big check our first week, so that timing was good, but we weren’t ready.

JC: Now we’re doing what we should have done if we’d opened at a different time of the year and had had more time to prepare. We’re cleaning out and getting rid of things so we can bring in more boutique clothes. And that will be Sweet Tea. We are still in transition.

JC: We have an accountant now, so she can tell us – no more!

AJ: First, it was lack of being able to hire. Because we opened so fast, we didn’t have payroll set up and all that. Now we have all that done. So at first, it was people and time. Our husbands, our children, I can’t tell you how many times we sat on the floor with pizza, our kids taking naps on gymnastic mats. Our girls, we so appreciate them, we adore them.

JC: Now, it’s stocking and inventory as we get the store turned into Sweet Tea. When we get things in, we sell out, so we’re working on building our inventory, but it’s a good challenge to have.

(At this point, a gentleman from the high school comes in to chat about a student that will be working at Sweet Tea. There’s a school program that partners with local businesses, giving students experience interviewing and working. How cool is that? Win win for our community, right there!)

AJ: Our number one hurdle is being a part of the York community and staying on top of knowing about events happening. If we know, we can be supportive and help. We want people to want to come here. Shop. Eat. Get ice cream. But we’ve been lucky.

JC: We have. There haven’t really been any roadblocks because we just work through whatever we need to. The day we opened – because of the fire inspection – we opened at 5:30pm, but we opened. We’re determined.

JC: I would have to say the fund raiser we did in January. We did a fund raiser for the officers that were shot. Amber’s dad is a retired narcotics officer, so she grew up knowing all these guys, and I am very thankful for everything these officers do for us. It didn’t take us long to figure out that, hey, we can do a fundraiser with our t-shirts. So we got in touch with the sheriff to follow etiquette, and we figured we’d do, like, 200 t-shirts? No. We did over 1300+ t-shirts, and I can’t tell you how many times we were in tears because we were so overwhelmed with the support from the community for those officers and how everybody came together.

AJ: We sat down and figured up how much we had raised and we were so humbled. We drove straight to the bank and we got that cashier’s check and drove straight to the sheriff’s department. Opened late that day. Not only giving them that check, but seeing how this community comes together. We’ve had big personal celebrations, but that was with the nation. We shipped shirts to fourteen states. That was a nationwide celebration of these heroes and that’s a big deal to us.

Sweet Tea resides in the heart of downtown, and sells boutique clothing, accessories, and gifts. They are recently known for their ability to make swag in bulk – from coasters to t-shirts – they can print business gifts, team outfits and much more. Please go visit and check them out at: